What Happens When Someone Lies Under Oath 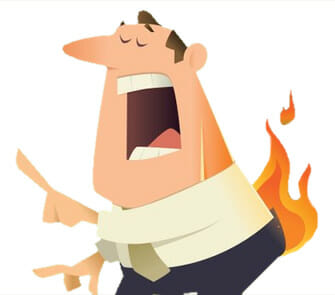 The opposing party started making wild accusations. She said I had been abusive. She said I was unsafe with our children. She said I took money. My ex-wife was literally re-writing our history and lying under oath. How can I disprove something that never happened? Do judges really believe wild accusations with no proof? The worst part is that my soon to be ex-wife would take an event that actually happened and turn it into something it wasn’t. If we went to a family get together and the adults were drinking, now she was saying everyone was fall down drunk. She is telling the kids I’m an alcoholic, and since they have seen me drink, they believe her. This is the worst sort of deception. What can I do?

The Other Party Lied in Court, Does it Matter?

A. I get this question a lot. In a perfect world, everyone would always be honest and the Court would always be able to make a fair decision based on the cold hard facts. Unfortunately, we do not live in a perfect world. Because family court involves high stakes, emotionally charged issues, it is not uncommon for people to think they can “get ahead” by exaggerating the facts, misleading the Court, or outright lying. Dishonesty is a terrible strategy, here, we review how to deal with an opposing party who has engaged in deceit.

Your question brings up a tough reality for people who have to disprove something that never happened and defend against the alienation that can occur when a parent lies to the children about another parent. You have to go above and beyond to gather evidence to the contrary. Get intervention for your kids fast, and get a new status quo where the lying is recognized and punished by the judge.

When a client finds themselves in this position, normally the first question they ask involves the word “perjury”. Usually, the question is some variation of the following: Isn’t that perjury; Isn’t that crime, what are the next steps?

If you can relate to these questions, there are four things you need to know:

To understand why it matters, it is important to appreciate the broad discretion family court judges are afforded and the role credibility plays in shaping their decisions/rulings. There are very few family court issues that are black and white. One of the reasons why attorneys add immense value in family court is because of all of the grey areas. Grey areas leave room for the attorney to make creative arguments and think outside of the box; they also afford the judge, who is ultimately is the decision-maker, substantial leeway in determining the outcome.

For example, the same judge hearing two cases that are factually identical on paper may reach two completely different results. In fact, this happens quite often because while the facts may seem the same on paper, during the course of litigation, the judge develops impressions about the party’s credibility. Because many family law issues boil down to “he said/she said,” often times the judge’s final decision boils down to who is more credible.

For this reason, I gladly welcome dishonesty from the opposing party, even if it is regarding “something small”. First, with proper cross-examination, judges can usually tell when a person is being dishonest because people often lie without thinking about it all the way through. As a result, in my experience, it is generally easy to poke holes in a person’s story.

So, even though it is unlikely the other party will be charged criminally, if they have been dishonest, it will probably hurt their case substantially in the mind of the judge, and could potentially result in them being order to pay a portion of your attorney’s fees.